An Overview of What's Possible

The Quick Release Euro Rail System is among the most versatile scope mounting systems in the world. It is simple to install, simple to operate and it has some outstanding features including:

Below are just some of the Various Euro Rail Bases for different Rifle Models that we stock. We carry popular rifle models such as Tikka T3, Remington 700, Sauer 202, Winchester Model 70, Sako 75/85, CZ550 and many more.

There are various Quick Release Mount Units available, including Rings Mounts, Picatinny Rail Mounts, Scope Rail Mounts and Red Dot Sight Mounts. For this example we are attaching a Quick Release Ring Mount Unit to a 12mm Euro Rail Base for Anschutz.

The 12mm Euro Rail Base is screwed to your rifle and come in a number of model specific options such as for Tikka T3, Remington 700, Sako 75/85, Winchester 70 and many more. 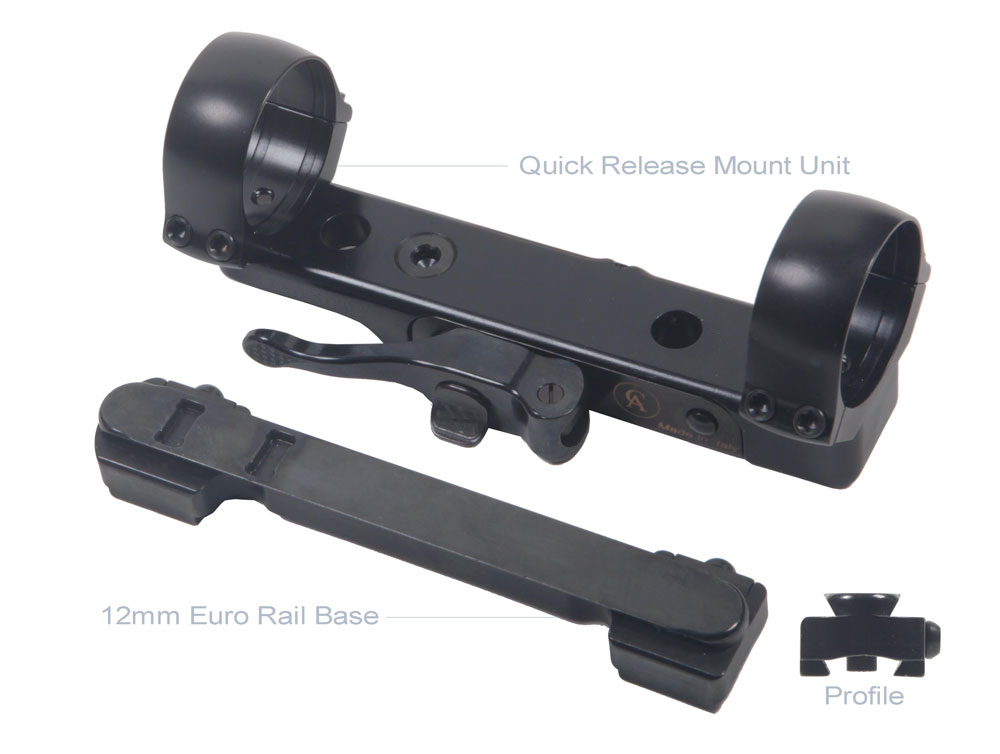 Each of the 12mm Euro Rail Bases will be designed in the same way also. They will have a length of 12mm Dovetail with usually two Recoil Lug Holes or Recesses. These are to act as a guide for the Quick Release Mount Unit to sit into and prevent any lateral movement. 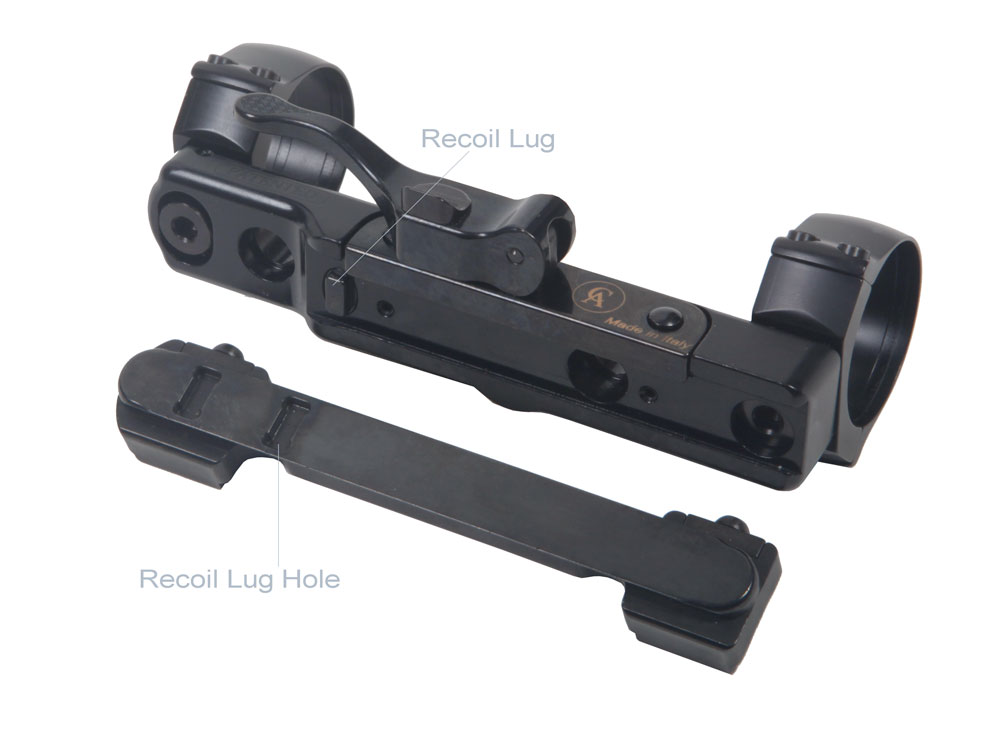 To open the Quick Release Lever, there is a compression catch which you will need to press. This allows the lever to be opened out and in turn Uncompresses the Dovetail Clamp. 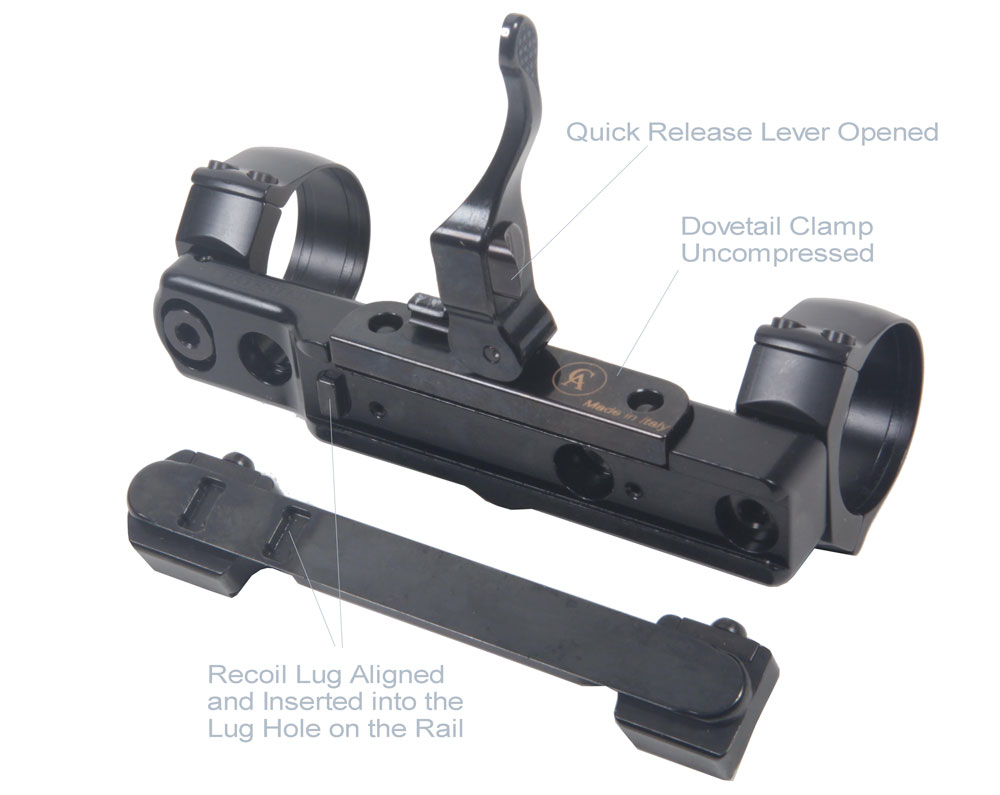 As you can see from this image of the Quick Release Lever in the Open position and in the Closed position, the Dovetail Clamp clamps into the 12mm Euro Rail thus securing the Mount Unit to the Rail.

If the Recoil Lugs have not been located into the Recoil Lug Recesses, you will not be able to close the lever and clamp the Mount Unit to the Rail. If you try to force the lever closed when it's not in the correct position it can damage the mount.

Some rifles have the 12mm Euro Rail as standard already built into the action. You can tell by measuring the width of the rail and if there are Recoil Lugs or Recesses towards the rear of the rail. 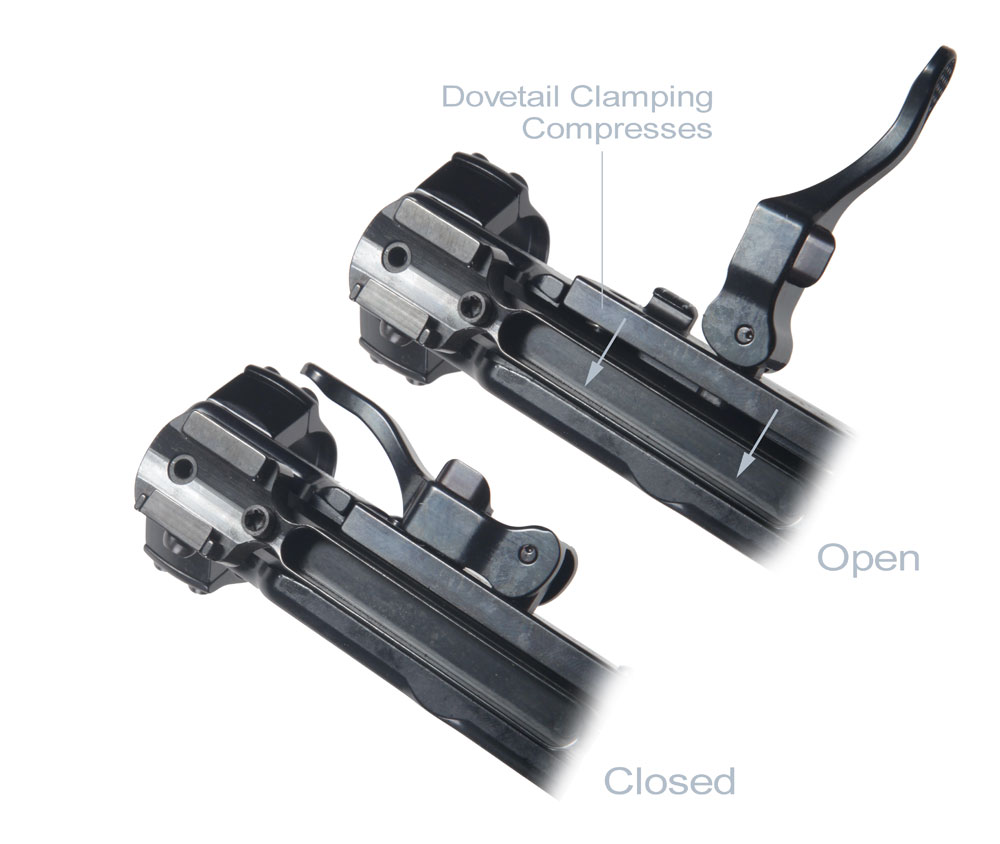 You will not be able to release the Mount Unit without opening the release lever. A very secure system and provided you are mounting the Mount Unit into the same Recoil Recess, it will Repeat Zero.

One 12mm Euro Rail fitted to your rifle means you can mount several Quick Release Mount Units to your one rifle. You effectively exchange Mount Units/Scopes in a matter of seconds. 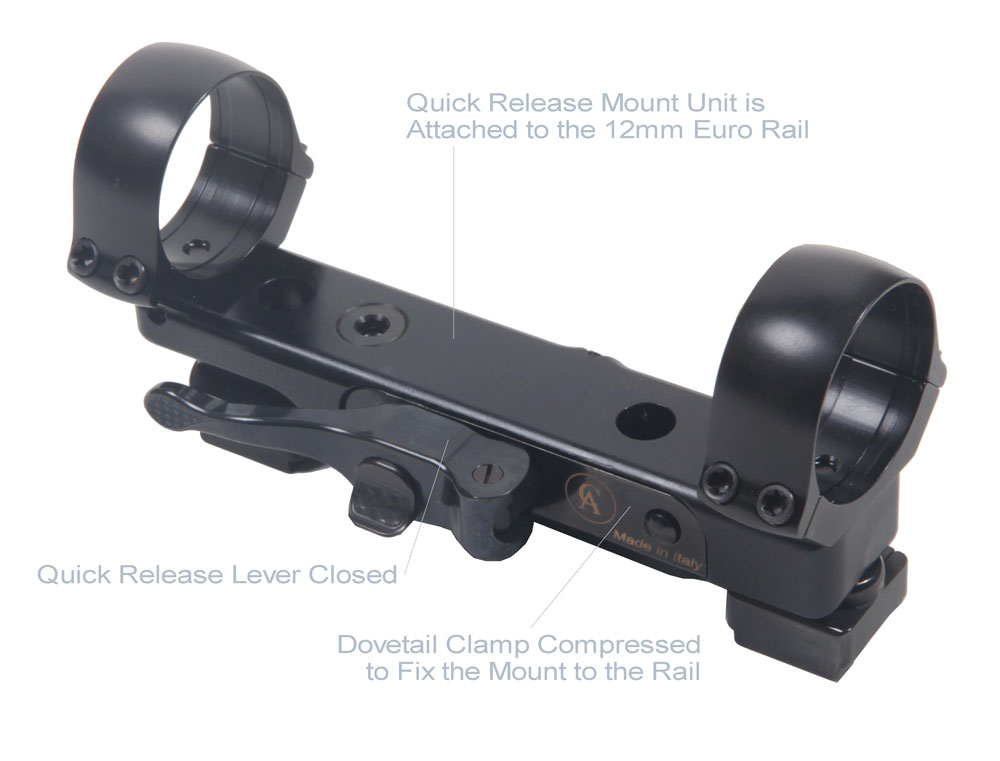