VFG Rifle Cleaning - How to Use

Fit the Felts on to the Adaptor

Once you have the VFG Felt Adaptor fitted to your rod, you're then able to screw on two VFG felts. We would recommend that the end nut is used to stop the felts coming off on the pull stroke.

Once your rod and adaptor are loaded with fresh VFG Felts, you're good to go. Simply guide the rod into the breech end of your barrel. You may feel some resistance, but as the felts can compress they may just need a small bit of pressure to initially enter the barrel. Once in, hold the rod handle and push the rod down the barrel.

The rod will naturally rotate as the felts press into the rifling grooves. A good tip is to not let the felts exit the barrel end until you're finished so you're able to pull the rod back up the barrel to utilise the felts a little more. 2-4 back and to strokes should be sufficient on each group of felts. 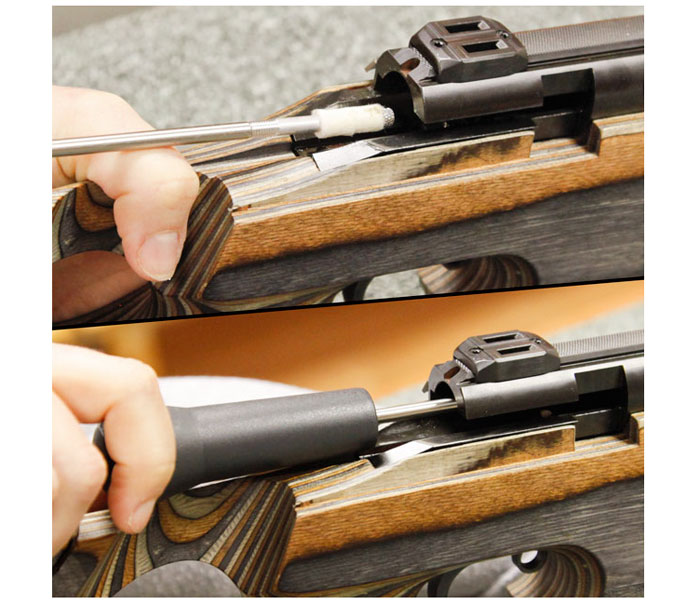 The Super Intensive felts have brass fibres embedded in the felts itself and do a deeper clean. A ratio we use in the workshop at Alan Rhone Ltd is 1:4 of Super Intensive to Standard Felts. 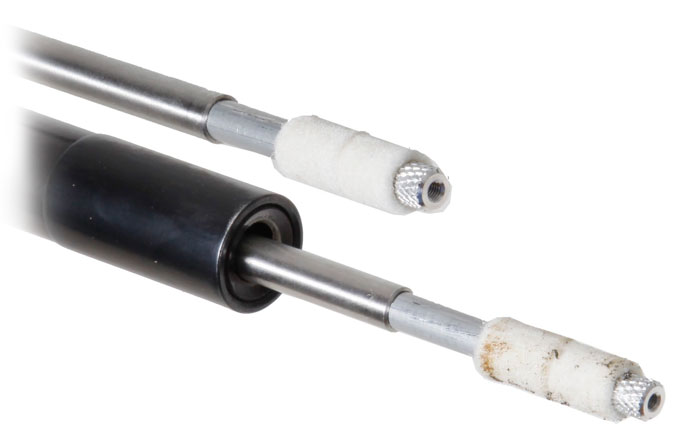 To visit the manufacturer website, goto www.waffenpflege.de
You can also see the VFG Brochure Catalogue. If you would like to find out which VFG Felt suits your calibre, you can see the VFG Suitable Calibres.